Dairy: the good, the bad and the ugly

As with many foods, there is nothing wrong with dairy – it is what we do to the milk and to our digestive system that pose a problem.

The Good: Raw milk once a nutritious food

Milk, the way nature intended it, is a wonderfully nutritious food. Whether it’s from cows, goats, sheep, buffalo, or even reindeer; unheated, unprocessed milk has been a safe, reliable food source for a long time. Even in the tropics, and centuries before refrigeration had been invented, raw milk was an important food source for many cultures. By exploiting the preservative benefits of fermentation, primitive peoples were able to take a great food and make it even better.

Raw milk from grass-fed cows was actually used as a medicine in the early part of the last century; from the time of Hippocrates to until just after World War II, this “white blood” nourished and healed uncounted millions. It has all 8 essential amino acids in varying amounts, depending on stage of lactation. About 80% of the proteins in milk are caseins- reasonably heat stable and, for most people, easy to digest. The remaining 20% or so are classed as whey proteins, many of which have important physiological effects, very easy to digest, but very heat-sensitive. Among these proteins are key digestive enzymes making milk more digestible and helping to process key minerals, like calcium. Other enzymes help to protect milk from unwanted bacteria, making it safer for us to drink.

With the widespread urban growth caused by industrialization and lengthened supply chains, the often days-old raw milk began to be recognized as a source of disease. In the late 1800s, primitive sanitation, refrigeration and rampant tuberculosis contributed to the deaths of thousands and pasteurization became necessary. But raw milk producers say pasteurization is no longer necessary in an age where raw dairy can be produced safely and that heat treating milk can actually be more harmful than helpful.

The Bad: Pasteurisation does more than destroy some pathogens

An article in the American Journal of Clinical Nutrition points out that people in the US and Scandinavian countries consume more dairy products than anywhere else in the world, yet they have the highest rates of osteoporosis. Pasteurization changes calcium into an insoluble form which we can no longer absorb and it destroys the phosphatase enzyme which could help our bodies effectively utilize calcium. The Lee Foundation for Nutritional Research has shown that pasteurisation also destroys the vitamin A, around 38 percent of the vitamin B complex, and most of the vitamin C content of milk. An anti-cancer metabolite contained in raw milk is also destroyed in pasteurisation, and with its enzymes damaged, pasteurized milk is hard to digest. Most people with strong digestion and intact intestinal membranes have no problem consuming this processed version of milk. However, people with asthma for example tend to have low levels of Hydrochloric acid – the first step in protein digestion, and studies showed that consuming milk can alter gas exchange in asthmatics. In Dr Spock’s famous book, Baby and Child Care, he suggests that asthma and other respiratory problems can be aggravated by milk intake and recommends removing milk altogether from the diet. On the other hand, there is much literature and many studies that point towards the health benefits of consuming raw milk, with significant reduction in asthma and prevention of hay-fever development.

The University of Maryland Medical Center notes that eating foods you have an allergy or sensitivity to can encourage mucus build up. You can become sensitive to any foods which you cannot break down properly due to digestive problems and the over-processing of the food. Undigested food particles irritate the intestinal membranes, causing excess mucus production not only in the digestive tract, but in other mucus membranes also, that cover the respiratory and the genitourinary tract. It is not the fat content that gives the milk this so called mucus producing property, but the person’s inability to break down its main protein, casein.

There are two limiting factors in casein (and also in gluten) digestion – one is a protein digesting enzyme, and the other one digests the carbohydrate links present in these problematic molecules (fermentation with lactobacilli or kefir is helpful in the latter). DPP-4 is one of the few enzymes able to facilitate the digestion of proline-rich proteins thus assist in the complete breakdown of gluten (in wheat, rye, barley) and casein (in milk and dairy products). These allergenic proteins are highly resistant to digestion by other proteolytic enzymes and have been implicated in a number of serious adverse food reactions including celiac disease and may mediate or exacerbate neurobehavioral symptoms in people with autism spectrum disorders (ASD). DPP-4 is normally expressed by the cells of the healthy intestinal brush border. If the intestinal brush border is damaged by medications that reduce the beneficial flora, one can have a hard time digesting these proteins.

The Ugly: Homogenization and increased arteriosclerosis

While I can understand the necessity of pasteurization in cities where it is hard to get fresh raw milk, but it is very hard to find sound reason for its homogenization. It involves squirting the milk through very small holes; this breaks up the fat globules so that they become so small they won’t separate and float to the top. This questionable process was introduced by dairy companies as far back as 1932. Homogenized milk tastes blander but feels creamier in the mouth. It is whiter and more resistant to developing off flavors. Kurt A. Oster, M.D., head of cardiology in Connecticut, has been researching homogenised milk for over 20 years. His findings conclusively show that in the process of extending shelf life and stopping the cream separating out of milk is a clear culprit for increased arteriosclerosis. Dr Oster along with Dr Donald Ross of Fairfield University and Dr John Zikakis of the University of Delaware pointed out that homogenisation results in damage to the plasmalogen from the milk fat globular membrane releasing the enzyme xanthine oxidase (XO), which is able to pass intact into the blood stream. There it attacks the artery walls, causing lesions and the end result is scar tissue and calcified plaques with a build-up of cholesterol and other fatty deposits. Luckily for us, there is a local farm in Limerick that at least omits homogenization. And if you are lucky to live beside a Grade A raw milk farm, enjoy it’s benefits!

Keith Woodford – Devil in the Milk, Illness, Health and Politics, A1 and A2 Milk Il

To find more information about raw milk check out these websites: 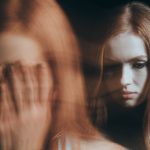 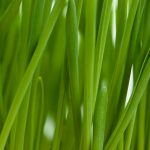