Following St Patrick’s day when the whole world seems to have the green light for drinking, I cannot help but think about the poor human liver with its five hundred different jobs. As damaging as excessive alcohol can be, I am more fascinated by a condition I meet so often in my clinic: non-alcoholic fatty liver disease (NAFLD), when the human liver turns into foie gras – excess fat replacing active liver cells.

NAFLD is one of the most important causes of liver disease worldwide and will probably emerge as the leading cause of end-stage liver disease in the coming decades. Untreated it may turn to inflammation or steatohepatitis (NASH), to cirrhosis (scar tissue formation and complete loss of function), and it increases the risk of liver cancer. The global prevalence was reported 15% in 2005 and 25% in 2010 – paralleling the worldwide increase of obesity.1 Being overweight in childhood and adolescence is associated with increased risk of NAFLD later in life but a substantial proportion of patients are in fact lean. It shows that someone may look lean and healthy, while still be metabolically obese.2

Increased visceral obesity (around the organs of the abdomen) and genetic risk factors are proposed to play part in the development. High refined carbohydrate diet, damaged fat intake along with sedentary lifestyle impair insulin sensitivity and increase liver lipid levels.1 High fructose containing syrups found in sodas and some low-GI “health products” are particularly damaging, as fructose is not used as energy but converted strait into fat in the liver.3,4 But even before it gets to the liver, fructose encourages bacterial overgrowth and reduce intestinal permeability, allowing excessive bacterial toxins into the liver, which fuels inflammation.5 In this aspect, although counted as “one of your five a day” even excessive fruit and fruit juice consumption are not beneficial. These dietary and lifestyle habits, coupled with a reduced mitochondrial function (energy production) and insulin sensitivity in the adipose tissue or body fat and decreased capacity of those cells for storing fat actually increase fat production and storage in the liver.1

Coeliac disease, intestinal inflammation and dysbiosis are closely linked to fatty liver; the damaged gut wall allows large amounts of microbial toxins into the blood and the liver, which can trigger the disease pathology.1,10 An imbalanced microflora contribute to endogenous ethanol production, inflammatory response triggering and alterations in choline metabolism.13

Recent evidence also indicated environmental contaminants, such as glyphosate on inorganically grown crops, Bisphenol A from plastics and PCBs (polychlorinated biphenyls) from farmed fish, especially the oily variety like salmon to play detrimental role. Persistent organic pollutants are chemicals that were mostly used historically as pesticides, solvents, and flame-retardants and have been released in the environment. These POPs accumulate in adipose tissue and are continuously released from adipose tissue to the circulation and to vital organs with lipid content. Although a variety of them were banned in most countries due to recognised toxicological concern, a large survey in 2010 showed that the total participants had detectable circulating POPs levels.6,7

Abnormalities in microsomal transfer protein (MTP) may have a pivotal role as its inhibition by new cholesterol lowering medications prevent the formation of very-low-density lipoprotein and chylomicrons, but increased lipid accumulation in the liver and in animal models its absence increased mortality rates.8,9

Although these efforts try to address the symptoms, they do not offer much for the root of the problem, especially for those who are not obese. The liver is a fantastic organ, it is able to recover from only 10% of its full capacity – but it needs a multi-angle complex plan. A fatty liver that lost vast amounts of functioning cells must be freed of damaging environmental toxins – beside the above-mentioned chemicals all artificial cosmetics and cleaning products, tobacco smoke and alcohol should be eliminated.

While avoidance of all preservatives, trans fats, sugars and high-fructose products are necessary, organic wholefoods, essential fats, vitamins and minerals assist the body’s healing mechanisms. Fish oils may have a role in therapy, although evidence only support their preventative effects.10

A group of antioxidants called polyphenols have a particularly beneficial effect on reducing fat accumulation in the liver. This so called anti-lipidogenic effect is mainly due to reduced fatty acid and triacylglycerol synthesis, increased fatty acid oxidation, and reduced oxidative stress and inflammation.11 Vitamin E is one of the best antioxidants to protect cell membranes – especially its alpha-tocopherol form demonstrated a significant improvement in steatosis, inflammation, ballooning, and resolution of steatohepatitis in adult patients with aggressive NASH, who do not have diabetes or cirrhosis.12

There are over 400 studies indicating the benefit of probiotics in NAFLD, highlighting the essential role of the gut flora. A recent meta-analysis in the World Journal of Gastroenterology concluded, that probiotic therapies can reduce liver enzymes (the laboratory markers of liver damage), total-cholesterol, the inflammatory marker TNF-α and improve insulin resistance in NAFLD patients.14

Private functional testing can identify individual environmental toxicants, gut flora imbalances and nutrient deficiencies – allowing for tailor-made dietary and nutraceutical protocols to repair the gut lining, relieve the liver, re-sensitize cells to insulin and normalize blood lipid levels.  Lifestyle changes like meditation and resistance exercise are especially beneficial to normalize glucose and lipid metabolism. It is never too late to turn your health around and prevent further damages.

Contact me to find your ‘root’ to better health! 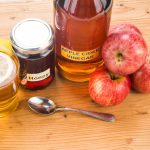 Heartburn – too much or too little acid?Digestive Problems, Featured