Cooking for someone can be the most romantic gift – any day. What you eat can directly impact your hormones, brain chemistry, energy and stress levels – hence to the outcome of the evening. Natural aphrodisiacs are well worth exploring, as they not only serve romantic purposes but are packed full of superior health-promoting nutrients. I combined a few of the most famous ingredients to create a dessert that will tantalize your taste buds and scientifically proven to arouse desires with psychoactive components and aid blood flow to the genitalia.

The Aztecs called the avocado tree Ahuacuatl – meaning testicle tree as the fruits hanging in pairs on the tree resembles the male genitalia. The Spanish spread news of its stimulating powers on return to Europe, hence Catholic priests forbade their parishioners to eat them. The avocado is a supremely healthy superfood, very mineral dense, and contains the body’s master antioxidant glutathione, as well as a host of healthy carotenoids, heart-friendly monounsaturated oil, Vitamin E, good amounts of fibre, potassium and B6 – all essential for good circulation and hormone balance.

Chilies: For a Romantic Spark

Chilies can fire you up in more ways than one. They contain the chemical capsaicin that can induce the release of endorphins to create a temporary high. Capsaicin also speeds up the metabolism and increases circulation. It ignites our internal engine and stimulates our energy for passion. Careful of the amounts used though, or you can end up spending the night in the outhouse.

Celery: Greens for a Sex Goddess

Celery, besides helping to normalize blood pressure contains the male hormone, androsterone that is said to stimulate arousal in women. The Romans also favored the abilities of this vegetable, dedicating celery to Pluto the “god of sex”.

Pure raw cacao, the king of natural aphrodisiacs, contains a host of compounds including anandamide, the psyochoactive feel-good chemical, and PEA (phenylethylamine), the “love chemical” which releases dopamine in the pleasure-centres of the brain. PEA is said to help induce feelings of excitement, attraction, and euphoria. Cacao also contains tryptophan, a key component of the neurotransmitter serotonin known to promote a sense of wellbeing and relaxation, and “nature’s Viagra” Arginine. It is an amino acid that is converted into nitric oxide in the body which increases blood flow by relaxing smooth muscles of the blood vessels.

Fennel’s aphrodisiac traits have been upheld by research that has found it to increase the libido of both male and female rats. This is likely due to the hormone-like compounds it contains that mimic the female hormone estrogen.

Figs are one of the oldest recorded fruits. They are mentioned in the bible (Adam and Eve wore fig leaves to cover their private parts), are reported to be Cleopatra’s favorite fruit and the ancient Greeks held them as sacred and associated them with love and fertility. Following on in some Southern European countries wedding guests would throw figs instead of rice at newly weds as a sign of fertility.

Garlic is a hot, pungent herb and is said to stir sexual desires. Roman priestesses of old claimed garlic could make ‘women fall in love and men powerful’. It is certainly an immensely healthy food with many disease-protective qualities such as lowering cholesterol, aiding circulation and fighting bacteria, fungi and viruses. The problem with garlic is its potent aroma – if your partner loves it and eats it with you, great. If not, it’s a risky choice.

Sweet raw honey is a great source of boron, a trace mineral that helps the body use and metabolise estrogen. Studies have shown that this mineral may also enhance testosterone levels in the blood. In addition, honey contains B vitamins needed for energy production as well as other nutrients, enzymes and phytochemicals bringing vitality to our body.

Licorice has been used in ancient China for its love provoking properties. Research has revealed that the smell itself is particularly stimulating. In a study by Dr. Hirsch, the neurological director of the Smell and Taste Treatment and Research Foundation in Chicago, black licorice was found to increase blood flow to the male genitalia by 13 per cent. In China it is also reported to be particularly stimulating to women.

Nutmeg: Spice up the Night

Nutmeg has been lauded as an aphrodisiac across numerous cultures and highly prized by Chinese women. Research supports this use as it has been observed to increase mating behaviors in mice.

Vanilla: The scent of arousal

When the Spanish conquistadors brought spicy vanilla back to Europe from the New World, it was considered a “hot” spice, and prescribed as a tincture to ensure male potency. Vanilla’s aphrodisiac power is in its scent – studies showed it is particularly arousing to men, but it also elevates adrenaline, the hormone responsible for alertness and excitement.

Red wine: in moderation only for desired effect!

Alcohol is known for its relaxing properties – taken in small amounts it up-regulates GABA, our “Zen” hormone and stimulates the hypothalamus, the so called “primitive brain” responsible for basic human functions. Red wine in particular has many health-giving properties thanks mostly to its cardiovascular system supporting resveratrol content. In 2009, an Italian research group published a study that showed red wine drinkers scored 2 points higher on sexual appetite than other alcohol drinkers, and 4 more points than teetotallers. Its histamine content correlates to an increased sex drive, however, despite its positives as a stimulant, histamine can also cause inflammation and hypertension in people who are highly sensitive to it.

A Menu for Romance

So to sum it up, cook up a small feast of chicken fajitas with home made guacamole, followed by vanilla – cinnamon – nutmeg poached fresh figs with vanilla scented whipped cream, drizzled with raw honey and raw cacao nibbles or chocolate mousse – as described bellow. A sure success, unless you eat too much of course … 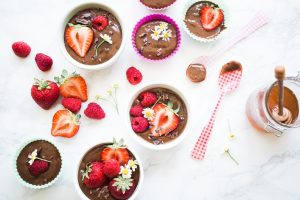 Process the avocados, agave, dates and water to a smooth mousse.

Add the cacao powder with chilli and process to combine.

Add the coconut oil and process to combine.

Pour the mousse into serving dishes (individual ramekins) and chill for half an hour.

Decorate with strawberries and enjoy! 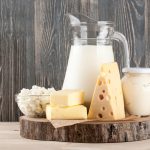 Dairy: the good, the bad and the uglyDigestive Problems, Immunity / Allergies, Superfoods 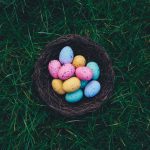